On a night of missed opportunities Dragons 2 narrowly lost 3½-2½ to a weaker (on grades) Edinburgh 3 team. 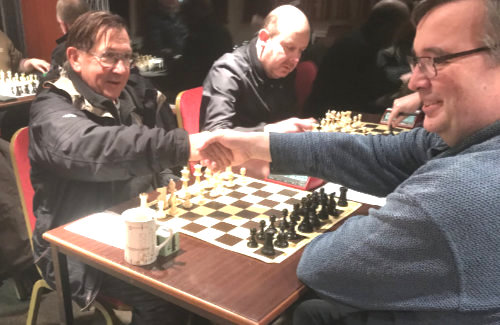 The misses started at the top where Jim failed to convert a won position and had to settle with a draw. Jannic (on the left of the picture) created great winning chances and also failed to convert, losing out eventually. Mark M ended up in a drawing same coloured bishops ending with Mark's King forward and active. Mark brilliantly won a pawn and it looked like he could force a win. But his opponent held on, came up with a tactic that got the pawn back and it was drawn, despite Mark trying to use his active King to make a break through.

Ian had a bad night, suffering from an opening error which he never recovered. 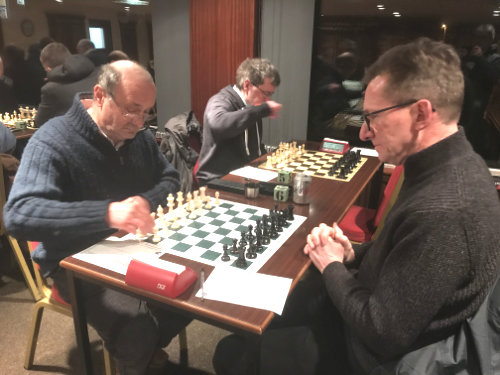 Richard Carter (see picture on the left) had a nice win on 2 and Adam (on the left of the picture on the right) played his "get out of jail free" card and swindled a draw from a totally lost position by getting his queen into a perpetual check position, a piece and rook down facing mate in 1.

Overall the team played well but did not put the points on the board.