One game ended in dispute and will go to arbitration but with a 4-1 lead Dragons 2 will still win their match against Sandy Bells.

Richard Carter, our board 2, stuck out his hand to resign after his opponent played an illegal move. Which has precedence: (a) the illegal move or (b) the resignation? That is the conundrum the league authorities will have to adjudicate on. 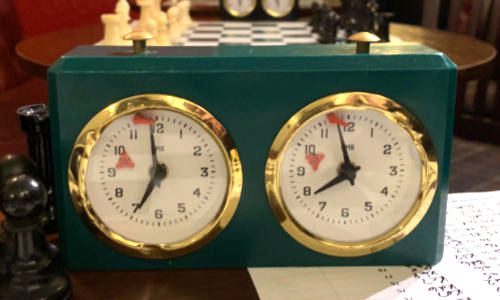 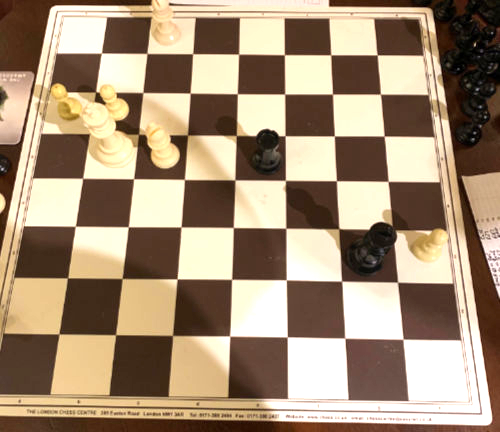 With a few minutes to go on each clock (see picture; white's clock is the one on the left) white (John Ross) made the illegal move Be3 (see picture; white has 2B & 3P while black has 1R on d4). Richard held his hand out to resign but some of the players watching shouted "illegal move". The rules state (section 7.4b) that if an illegal move is made the offending player's opponent should be given 2 minutes extra time. When this was suggested white nevertheless insisted he had won because black had resigned. The game result did not affect the match result and Jim (the Dragon's captain) would have settled for a draw, if the players could agree, but that didn't happen so the game was stopped and will now go through the disputes process.

The current match score is: